What I Learned from My Semester Abroad

Touching down in New York’s JFK airport, everything about this familiar place felt strange. I had spent 4 months studying abroad in Buenos Aires and this homecoming felt as if I was leaving something behind. Buenos Aires, a vibrant, passionate, and welcoming city, had impacted me more than I would’ve originally thought.
I guess what everyone says about study abroad is true: you come back different. Though you always hear stories of your sister’s friend travelling the world, meeting amazing people, and undergoing life changing experiences, these seemingly cliché sentiments hold some ounce of truth. After experiencing a different culture, language, way of life, it is impossible to remain the same. Even if you do not come back from Florence with a newfound love for red wine, or Paris with some new black patent leather slingbacks, some little, fundamental part of you will be different.

For me, Buenos Aires taught me to be more independent. Throwing yourself headfirst into a whole new continent is not easy, but there is power in jumping in and trying to swim. Never having travelled to South America, or any Spanish speaking countries for that matter, my first thought was: what have I gotten myself into. I felt overwhelmed with my less than mediocre grasp on the language and the lack of cultural awareness. I did not know that Porteños kiss you on both cheeks in greeting, I did not know how to walk into a pizza place and seat myself, I was unaccustomed to the seemingly obtrusive stares I would receive walking down the street. However, the power of time is that no matter what situation you are in, you become accustomed to, and in my case, even grow to love, the little idiosyncrasies of Buenos Aires. As weeks turned into months and I learned more and more of the language in my Spanish class, I felt myself growing more confident. I could order in Spanish, walk the streets without using Google maps, or stop on the streets to ask people for directions to the nearest Subte stop. I loved that I could rely just on myself to navigate this life that I had created in Buenos Aires, 5,374 miles from home. 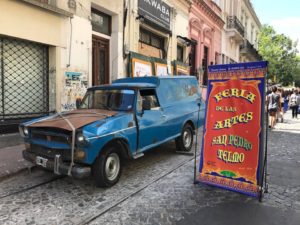 Not to mention, living in Buenos Aires showed me the kind of life I want to live. Porteños, the people who are from and live in Buenos Aires, prioritize happiness and live openly. Time is valuable, but not scheduled down to the last second with commitments or work. Porteños breeze through the streets, take strolls with their kids during their lunch hours, and can never been seen speeding down the streets at a New York pace. The sentiment of enjoying life is weaved into the culture of the city, from the hours long after dinner chats with friends and family, sobremesas, to the accepted fact that you will be late–the operation of everyone on Porteño time. Even those stares I would find so rude and intrusive were indicative, as I later learned, of a genuine, unabashed interest in the people around them. Living in Buenos Aires was an experience completely different than my life in the United States. As I engaged in sobremesas of my own, chatting with my friends at cafés long after we had finished our food, met people genuinely interested in other cultures, I could begin to imagine a life here. 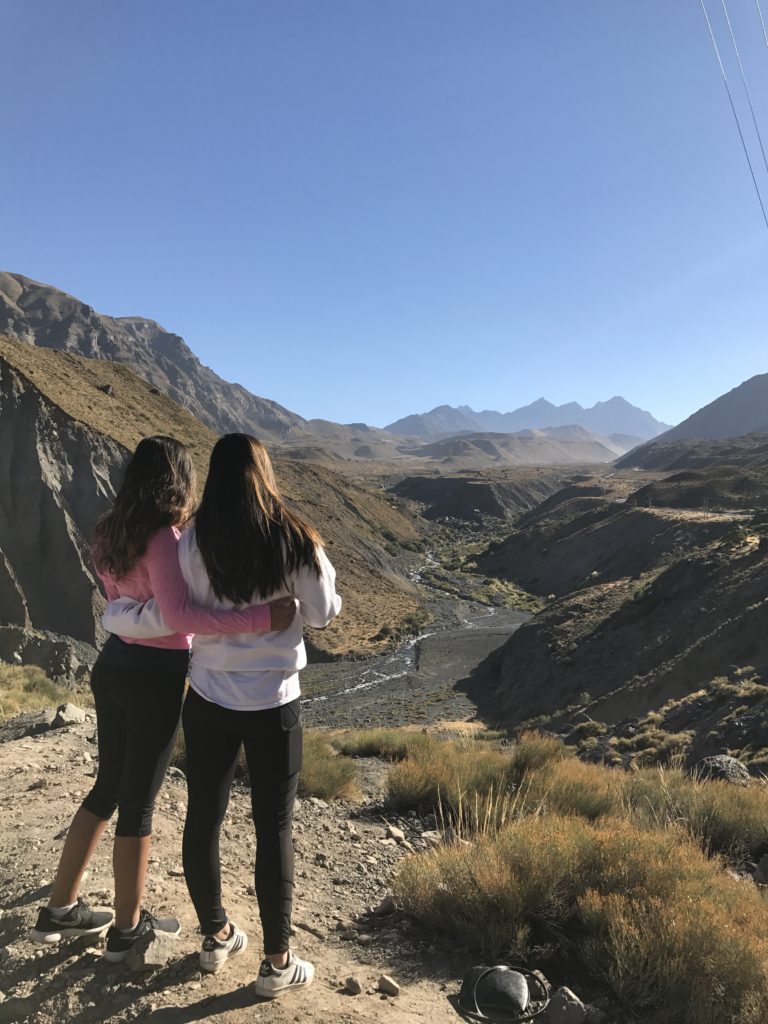 However, eventually the May 19th deadline in which I would depart from the city, drew nearer and nearer. By now, I had walked the familiar route to the academic center at least a couple hundred times, memorized all the colorful awnings of fruterias littering the streets, and frequented the restaurants and cafés that became like second homes. On my last night, I ate at my favorite pasta place, tucked away around the corner from my residence hall, a hidden spot where food was served with flavor among the bland salt and pepper seasoning of meat and potatoes that made up the Argentine diet. Those stories you hear about falling in love with the city you study abroad in became, to me, a reality. 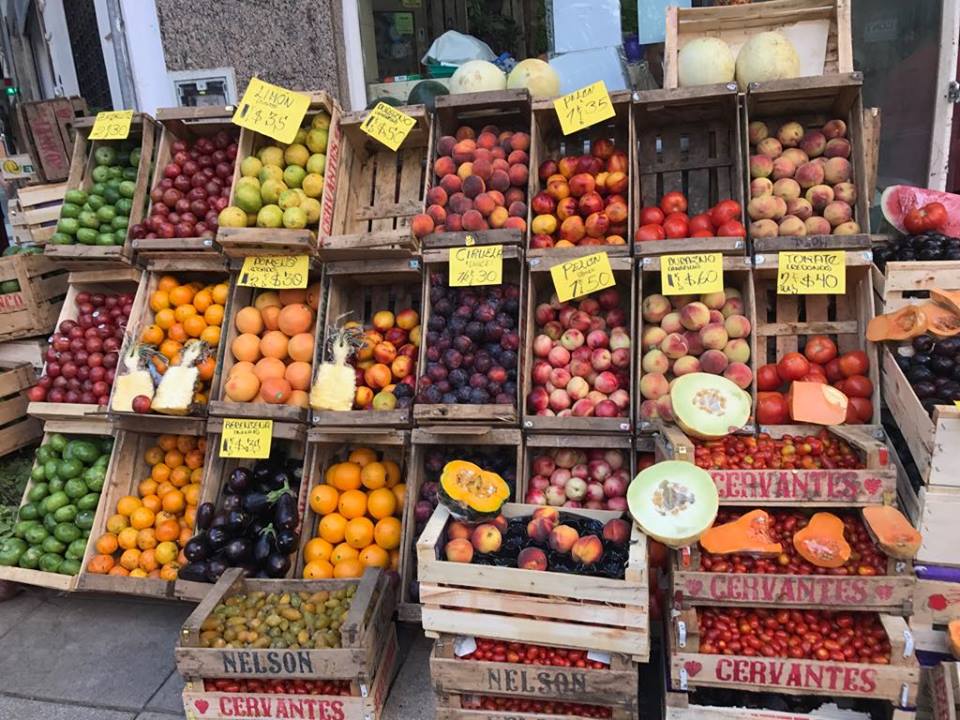 It was 6:38 A.M. when our plane from the Ezeiza airport in Buenos Aires landed in JFK in New York. 6:47 when I took my first steps back on American soil. Everyone was speaking English, something simultaneously familiar and strange. Spending four months in Buenos Aires, I was able to create a sense of belonging and familiarity; yet, upon stepping into JFK’s interior, I felt instantly at home. That is not to say, however, that this home remained the same as before I left it, or that I had remained the same. Lugging my suitcases around the airport, I noticed, perhaps for the first time, the sheer number and diversity of people entering the U.S. These people were foreigners taking a plunge into an unfamiliar culture, language, and society. They didn’t speak English–rather, I heard anything from Chinese to Hebrew to Spanish. After having been exposed to a new culture, it’s customs, people, and way of life in Buenos Aires, I could not close myself off to the diversity of my surroundings. Every day, thousands of people dive headfirst into unfamiliar situations, and while it may be scary not knowing whether you will sink or swim, you will find a way to stay afloat. 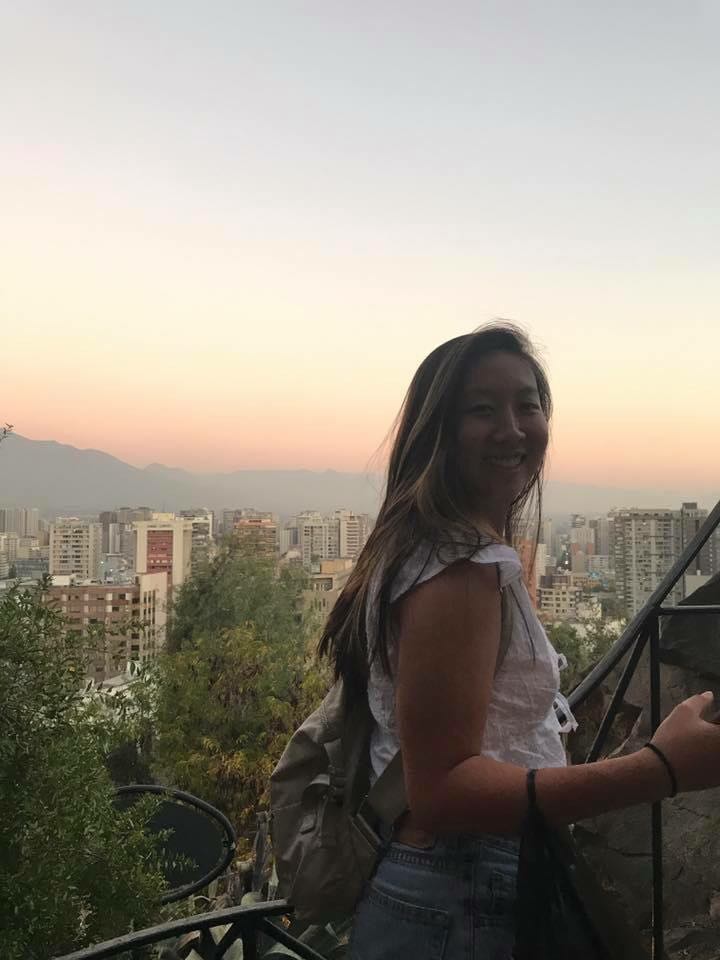 More from our blogs

4 Steps to Reduce Your Overwhelm